Why is diversity in science fiction and fantasy so critical?

I think over the years, we’ve seen a vast improvement in terms of representation in many genres of children’s fiction. My own kids got to read a much more diverse array of books than I ever did. But not across all genres, unfortunately. My son, in particular, was a huge fantasy reader – if there wasn’t a talking bird, or flying horse, or a wizard in the tale, he wasn’t having it! Yet, the same gaps in representation I found as a young lover of science fiction and fantasy are still around 30+ years later. That’s a problem, because if all books are in the business of building our imaginations, then sci-fi and fantasy are in the business of building radical imagination. And if there’s ever been a time during which we need a collective radical imagination, it’s now. That’s part of the reason I wrote The Serpent’s Secret. 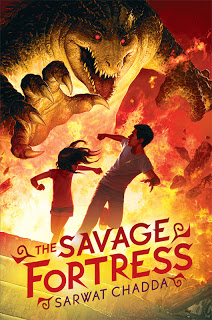 One of my favorite quotations about children’s literature ever comes from the marvelous R. L. Stine:  “I believe that kids as well as adults are entitled to books of no socially redeeming value.” This doesn’t mean that the books in question aren’t good on an aesthetic level, of course. It just means some books don’t have to be anything more than FUN, delivering the big emotions readers crave at every stage of life, but especially as children and YAs:  the adrenaline of the fight scene, the thrill of the kiss, the shiver of terror that Mr. Stine renders so expertly. Quite often they’re genre books—fantasies or romances or horror or mysteries—or published in series, like my long-ago-beloved Babysitters Club books. They don’t teach anything, they don’t require too much work from the reader, they’re all about the pleasure of the experience … and the experience is awesome.
Historically, kids of color who wanted to see themselves in these kinds of books have had a hard time finding such stories. And on the flip side, books about people of color have often been presented under an aura of nothing but socially redeeming value, for the history they teach, the cultural information they impart, or the cross-cultural reader’s virtue in picking them up at all. But all of that has been changing, slowly but steadily, and I am now immensely proud to introduce you to a book with a hero of color, in a world drenched with color, and no socially redeeming value at all: The Savage Fortress, by Sarwat Chadda.

About a year an half ago I had an experience that refocused my understanding of diversity in children’s books. It happened quite by accident.

One day, on the free book shelf at S&S, I spotted a treasure—The View From Saturday by E.L. Konigsburg. It was a Newbery Medal Winner. It was published by my imprint, Atheneum. And it was by Elaine Konigsburg, the amazing author of From the Mixed-Up Files of Mrs. Basil E. Frankweiler. How could it be that I’d never read it? So I took the book home and the next afternoon I found myself completely absorbed in the novel.

When I started reading The View from Saturday, I didn’t think that I was going to be grappling with issues of diversity or my relationship with diversity in books. I was simply enjoying a sunny afternoon spent on my couch enjoying a great book. It was perfect.

I’d often heard books described as “Mirrors or Windows”—the idea that books can either show you a reflection of your own experience or give you a view into a culture different from your own. Mitali Perkins had spoken quite eloquently about this at the 2010 BEA Children’s Breakfast. But what I hadn’t really ever thought about was that I’d never read a “mirror” book. For me, at least.